What do you get when you infuse organic cotton with beeswax, organic jojoba oil and tree resin?  Bee’s Wrap, what else?!  Seeking a way to eliminate plastics in her kitchen in favor of a healthier, more sustainable way to store her family’s food, Vermonter Sarah Kaeck, created a washable, reusable and compostable alternative to plastic wrap.

Bee’s Wrap, born in 2012 in New Haven, Vermont, aligns  the natural antibacterial properties of its ingredients by keeping food fresh, with the ability to be used many times.  Their products are available in more than 3,000 stores across the United States, and can be found in gift, grocery, housewares, and outdoor markets. Bee’s Wrap is also distributed internationally throughout Europe, Canada, South Africa, New Zealand, Australia and parts of Asia and South America. Since founding Bee’s Wrap, Kaeck has grown the business to more than 35 employees.

Bee’s Wrap has been rapidly growing, increasing the business in 2018 to 87% of its previous year’s numbers.   As the company worked through some growing pains and continued to scale up, they wanted to be sure they had a solid foundation in their production processes and systems. In order to do this, they involved everyone on the production floor – team leaders, waxers, cutters, production managers, packagers and even the president – as they worked to improve efficiency.  With the help of VMEC, they identified areas of improvement and trialed new ways of doing things they had so long been accustomed to.

VMEC designed a half day, on-site Lean Fundamentals training specific to Bee’s Wrap and their production processes; this included integrated learning, immediate experimentation and implementation, as well as in-process and resulting measures, indicating individual fundamentals learning and improved productivity as a team. A phase 2 project is going beyond mindset shifts, like “touching the product just once.” All production employees are being introduced to Structured Problem Solving and the discipline of daily engagement focused on improvement in safety, quality, delivery, productivity and future capabilities.

Overall, Bee’s Wrap productivity has increased on average by 30-40% since December 2018.  In April 2019, despite having the third busiest month in Bee’s Wrap history, production operated more smoothly than ever before. They even felt “slow” at times! The surge in efficiency has freed some of their staff to iron out the kinks of their new waxing machine, as well as organize a regular “morning huddle” program to increase communication and worker safety. In addition, a faster production team means they are able to bring on another sales representative in the office to increase business, as well as reinstate their “seconds” program — which was on hold for the better part of a year due to not having the capacity to fold and package these “giveaway” items for marketing purposes.

“VMEC Professional Manufacturing Business Growth Advisors Carla Wuthrich and Karl Swanke asked our team to think of our product as a baton, and every time the baton is at rest, just sitting not moving, time is wasted. Needless to say, at the time, the product was at rest quite a bit. Sarah’s decision to invite VMEC to our facility was a real game changer. We were not aware of our challenges and issues until Carla and Karl helped us figure them out.” –  Jess Hines, Assistant Production Manager, Bee’s Wrap 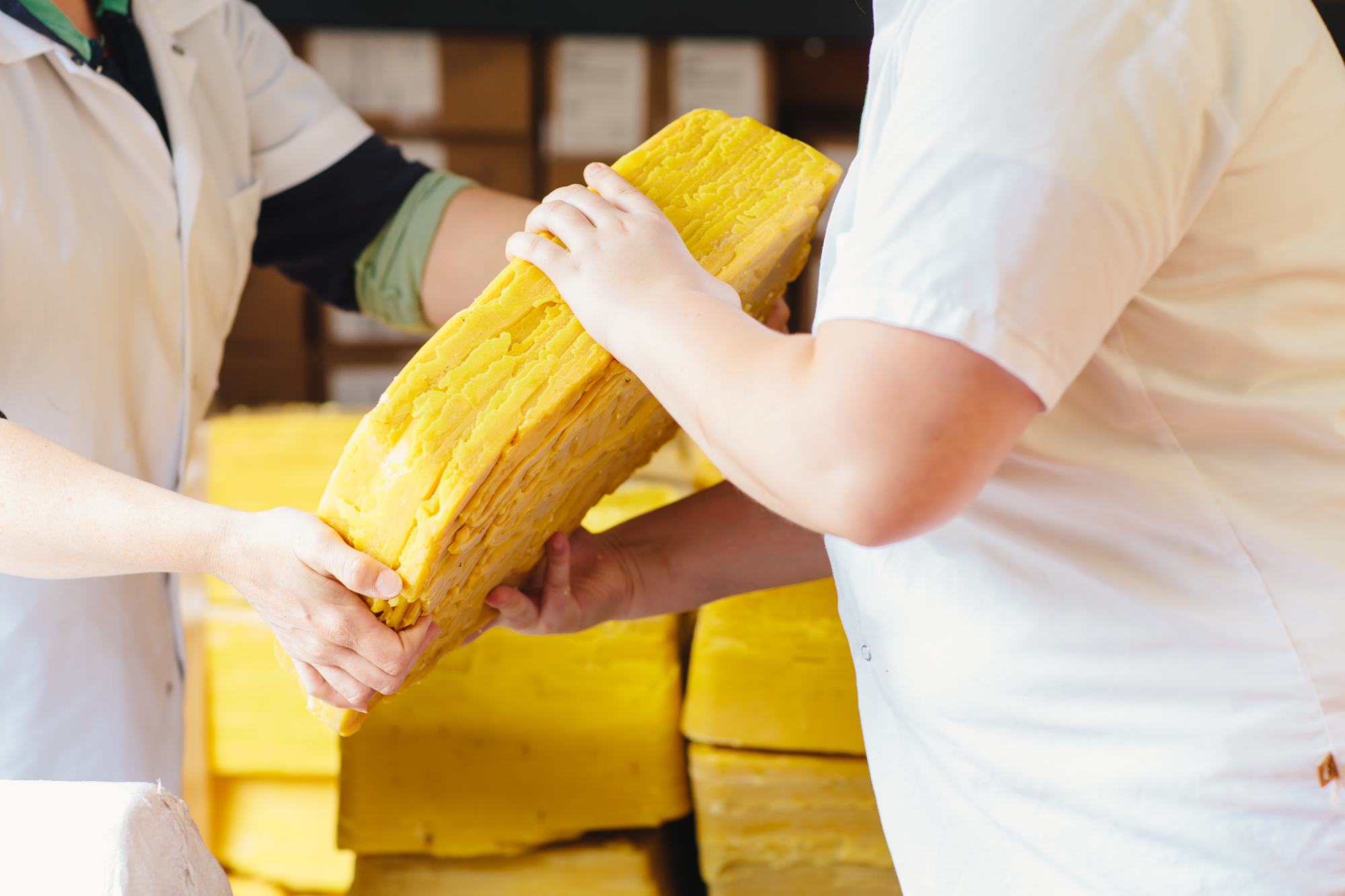 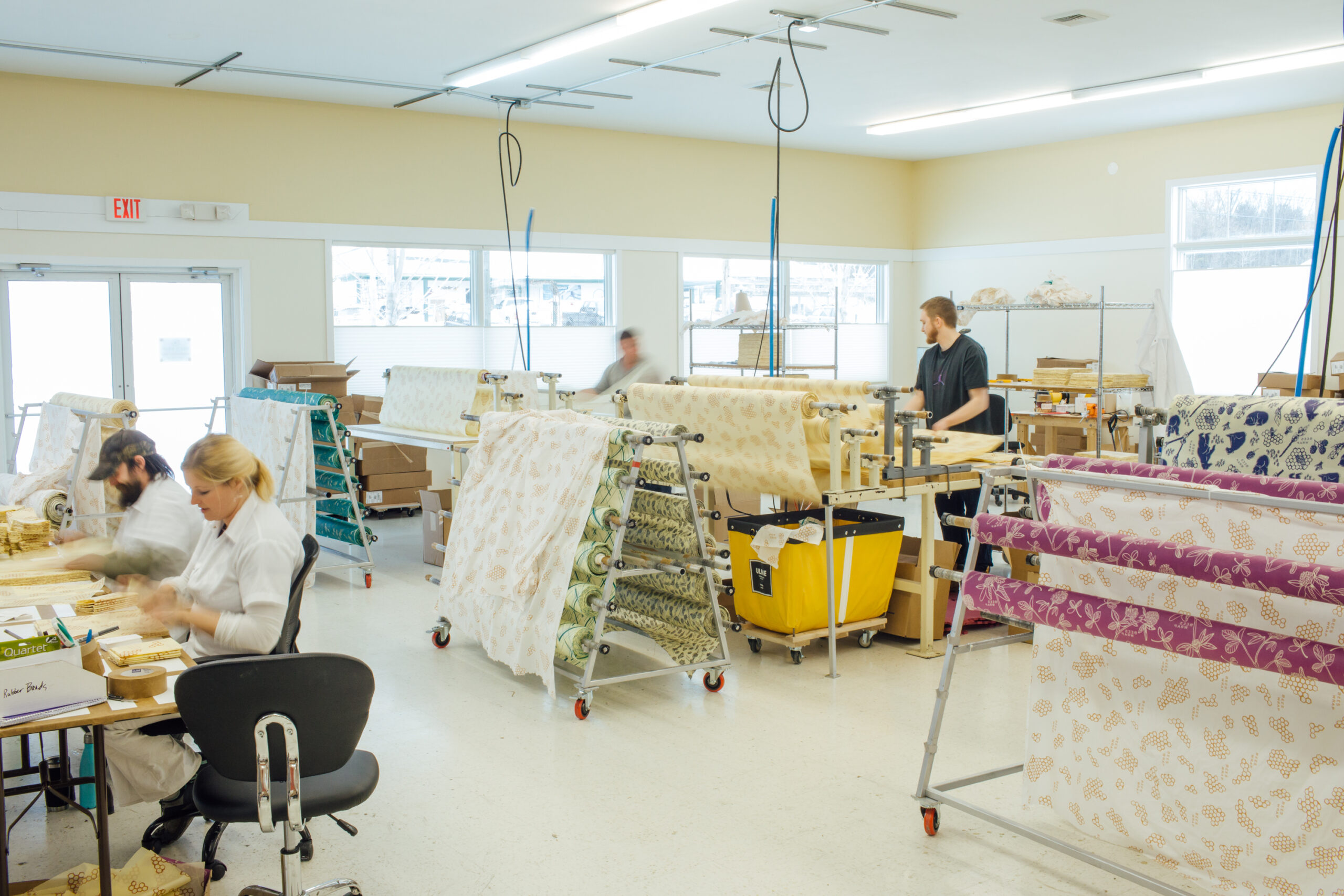 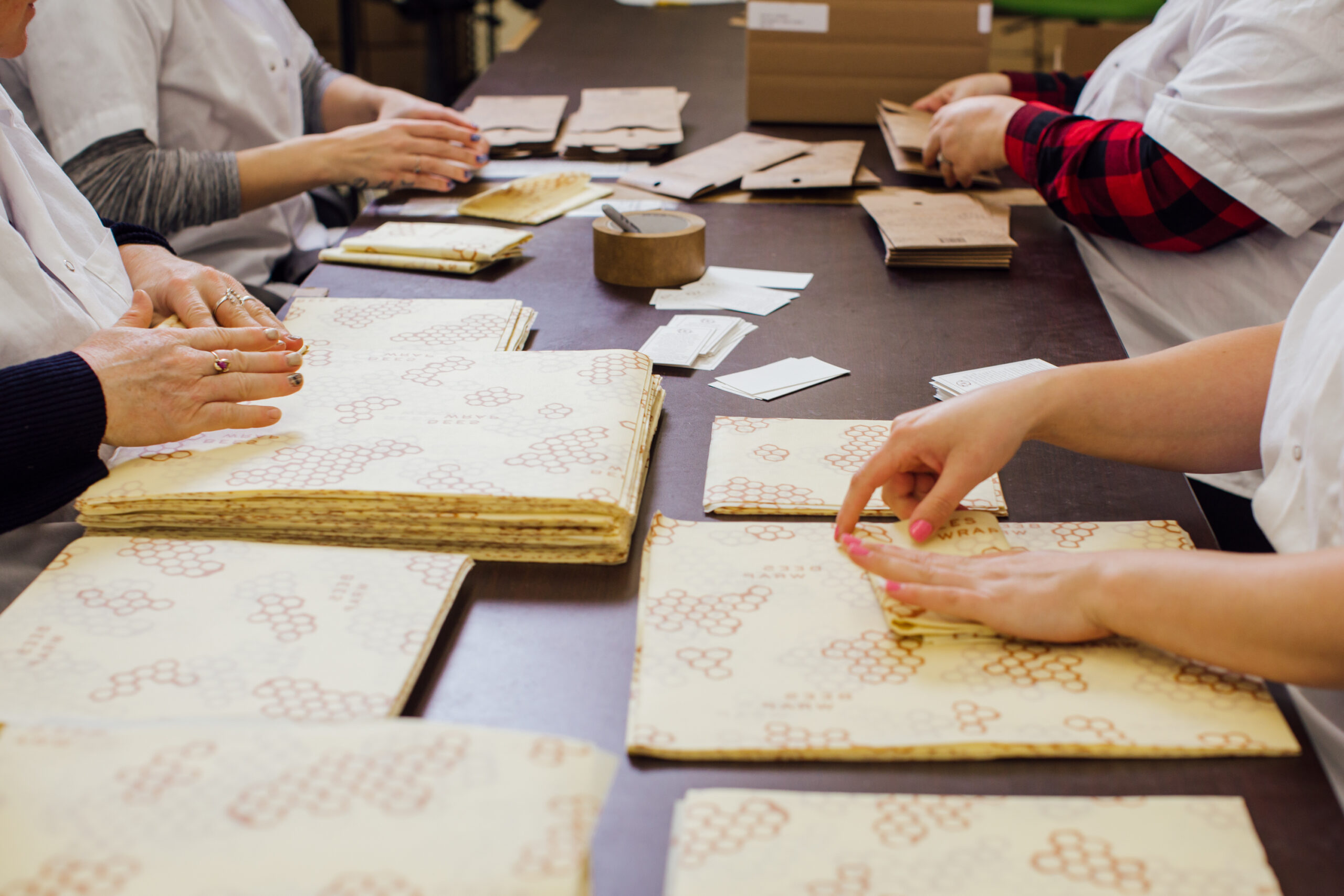 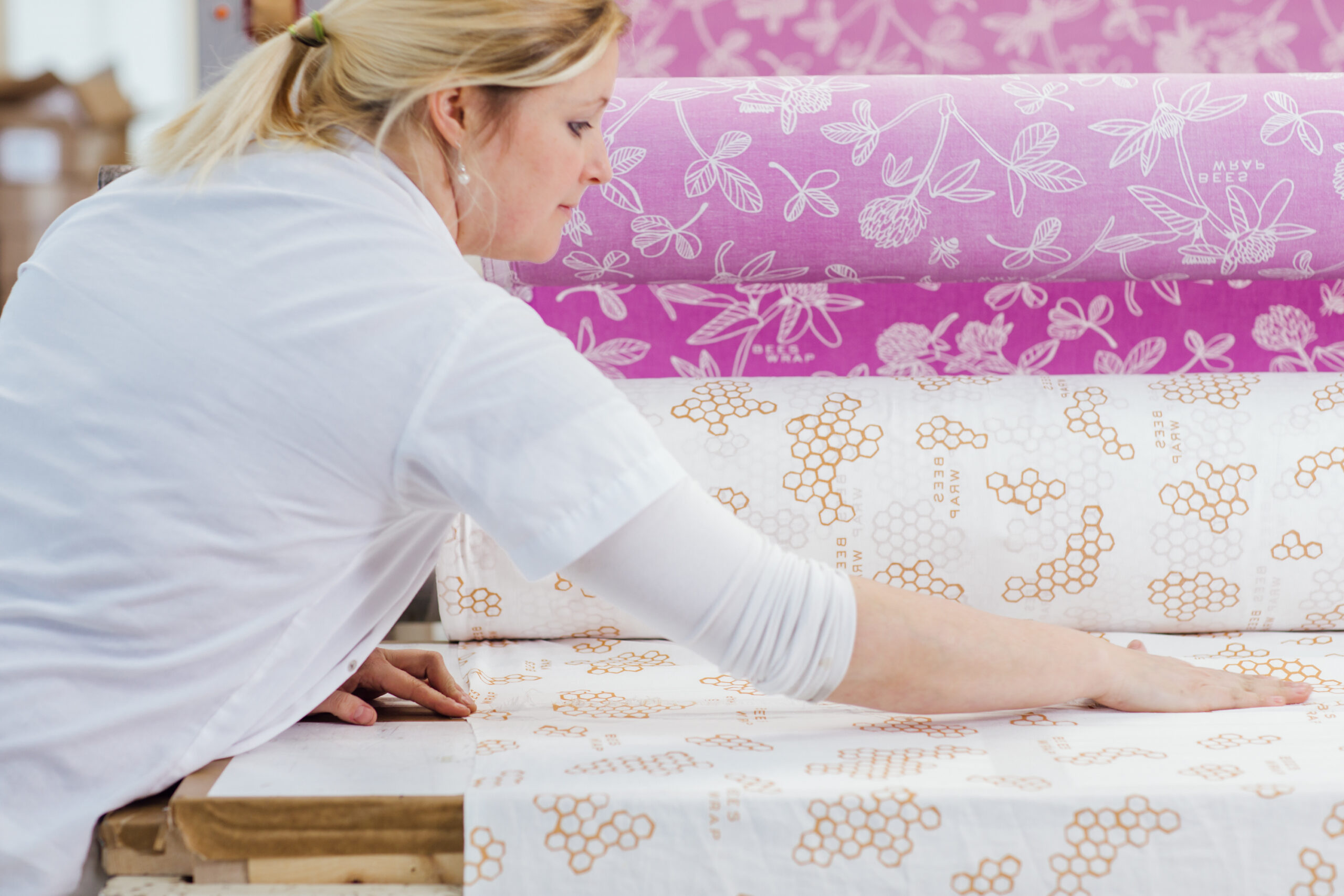