Ice cream had a pretty ordinary existence until the 1990s when Rhino Foods started one of the hottest crazes in ice cream history.They developed and began producing the first extruded chocolate chip cookie dough add-in for ice cream. Many exciting innovations in ice cream have taken place since the advent of cookie dough and continue as low fat ice creams have changed the competitive landscape of the ice cream industry. Exciting new flavors and add-ins, along with consumer preferences and nutritional demands that are constantly in flux, continue to drive the market.

Rhino mostly makes specialty ice cream novelties and add-ins for other companies, but they do have their own brand of novelties, as well. However, because of their success with private label customers, Rhino had not created any new product offerings of their own and continued to live off the success of their cookie dough offerings. Three years ago, one of Rhino’s largest private label customers changed their forecasting for order quantities, resulting in a sharp decline in future sales. “Due to our success in the last 8 years of developing products based on customer requests, our biggest concerns revolved around our manufacturing capacity and execution. As some of the requirements for these very successful products changed it became important for Rhino to be more proactive with internally generated product development. We found that we had lost our edge in developing internally generated products from an R&D and Marketing perspective,” said Ted Castle, President of Rhino. Ted knew he needed to consider new ways to stimulate profitable growth and contacted the VMEC to solicit their expertise.

After meeting with Ted and a team of Rhino employees, VMEC suggested Eureka! Winning Ways as a perfect fit for helping them develop a reliable system for leading the development of more profitable growth, including a pipeline of opportunities for growth, within their company. Winning Ways teaches manufacturing managers and their teams a scientific system for improving sales and marketing effectiveness, how to develop new customers and markets, and how to create more profitable products and services. The part workshop, part leadership training program and part accelerated project management approach was embraced by Rhino and the project began in June 2008. A Rhino team of seven employees, as well as trusted advisors from outside the company, participated in a workshop and created 48 ideas in 4 hours. Next, a scientific assessment of the top four ideas was done using a Merwyn Business Simulation, and the two ideas most likely to succeed were identified. Trail Blazing Action Plans for those two ideas were then developed.

Two teams were formed and coached by VMEC through a 30-day discovery process to validate those ideas for development and delivery. The teams worked on weekly action items and identified ‘death threats’ and obstacles to launching the two products. At the end of 30 days, the entire team came back together to review the data and decide whether or not to move the ideas into development. The research resulted in the team recognizing that neither idea was right for the business at this time. In fact, the Trail Blazing activity demonstrated in one case that a higher number of competitors existed than originally identified. By determining quickly that neither product offering was right for the company at the present time, and nixing the ideas prior to production, a cost avoidance for the company of $50,000 was realized.

The initial results of the Eureka! Winning Ways project resulted in cost avoidance rather than immediate growth in sales. However, the Rhino team has continued with the Winning Ways process, reorganized the original team (now known as the “Eureka! Team”) and developed a new front end method to qualify opportunities for growth. Using the fundamentals of Marketing Physics and Trail Blazing, the team is now able to quickly and effectively sort and filter ideas to identify those worth pursuing. This reorganization also allows for “just do it” projects to move through faster and cheaper, accelerating growth for top line sales. “The Eureka Winning Ways approach to innovation provides the best method I’ve experienced to create ideas, refine concepts, evaluate market opportunities, and create clear positioning and messages that resonate with customers. The Eureka approach is part of our day to day operations and we expect to roll out several new products over the next 12-18 months. While many companies have pulled back on innovation efforts over the last year, Rhino is charging ahead. Without the Eureka education from VMEC, we would not have the confidence to push innovation as a central driver for our business,” said Dan Kiniry, Marketing Manager at Rhino.

Rhino expects to grow revenue by 15 % over the next two years and retain 120 jobs as a result of the Eureka! Winning Ways project. President Ted Castle is very pleased. “Utilizing the Eureka! Winning Ways approach has got us back in the game. I would expect in a few more years we will have a very mature approach to our product development that is deployed and integrated throughout Rhino and is improving on a consistent basis.” 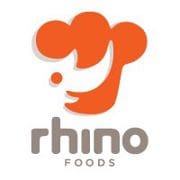