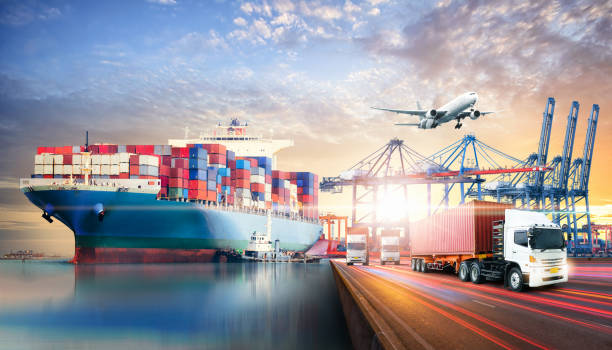 When offshoring became a necessity a few decades ago, primarily as a way to achieve the cost reductions demanded by big box stores and others, few people considered how fragile the resulting supply chain might become.

Now it’s on everyone’s lips.  You might be able to Zoom in real time with your Asian supplier, but that doesn’t mean you can get computer chips, raw materials or components with the same ease.

COVID initiated the unraveling, as link after link in the supply chain exposed its fragility. First, there was a shortage of workers in Asia, where the virus hit first. Those delays interrupted shipping and led to bottlenecks, which affected prices.  And all the while, consumer behaviors were changing; as the workforce transitioned to home offices, they drove demand for equipment and furniture, not to mention the other items necessary for prolonged stays at home. To make matters worse, many workers—4.3 million as of August 2021—quit their jobs either through fear of COVID, or because months of being subsidized to stay home made them realize they wanted to pursue other opportunities.

The rest, as they say, is history. In February 2021 President Biden issued an executive order to help address mounting supply chain issues, but there are no quick fixes.  And with some ports experiencing an 80% increase in congestion, domestic manufacturers are desperate for components and parts, all while overloaded containers sit waiting for want of people to unload cargo.

Vermont has not been exempt from this upheaval.

“The last 18 months have been the ultimate stress test for supply chains,” says Steve Wiegers, Vice President of Operations at Hubbardton Forge, a lighting manufacturer based in Rutland.

Wiegers knows what he’s talking about. In fact, Hubbardton Forge offers a prime example of how the supply chain complexity has changed the way business is being done.

“We’re one of the largest U.S.-based lighting manufacturers,” Wiegers notes.  “While we manufacture our finished products in Vermont, we source components globally, primarily from China. Lighting as an industry is centered there, and that’s where we have to go for most electrical components. Some of the components we use just aren’t available here.”

Yet Wiegers is more fortunate than some. “We make metal fixtures, and 60% of our parts are domestic,” he says.   “We’re managing better than lines that are totally imported, because our supply base is more spread out, including domestically.”

Wiegers says they have also looked at alternative domestic sources to close some gaps. But as Hubbardton is 100% build-to-order, he says delivery times have still gone from three weeks before COVID to four – five weeks at present.

Wiegers compares his experience to that of automakers who can’t get computer chips.  “Some components just aren’t available in the U.S.,” he says.  “Right now we’re lucky—we have a Vermont supplier making LED boards, and even though LEDs are coming from Asia, they’ve been able to get us most of the boards we need.”

At the same time, Hubbardton is struggling—like many others—to find workers. Ironically, these parallel challenges emerged at a time the business has seen demand increase as home furnishing sales ballooned thanks to consumer investments in home improvements.

“There’s not a guarantee that if you produce in the United States you will be immune to any of this,” Scott Paul, president of the Alliance for American Manufacturing, told the global business trend website Insider. According to Paul, even domestic sellers who may be doing well can’t escape labor and cost pressure, as well as rising shipping costs.

There is no doubt that supply chain management has become a core competency and differentiator for manufacturers seeking to stay competitive.  Here are some key strategies to think about:

Think of reshoring as taking the oceans out of the equation, bringing raw material sourcing and component fabrication back to the states. Nearshoring, similarly, is about sourcing from nearby countries, such as Canada or Mexico.

“It’s important to have a blend and not be too reliant on one solution,” Wiegers cautions. He notes that today, it’s critical to consider total cost.  “When people went to China, they were looking at base prices,” he says. “But when you consider the time, the duties, the shipping—it’s not just about the per-piece price.”

“There’s been a growing understanding of the total cost,” he adds.  “Businesses have been doing that more and more, and with the pandemic, that’s part of the equation. What do you lose in revenue if you have to pay extra to expedite and ship by air?”

More and more, businesses are finding that when suppliers have to make a choice, they will reward long-term, loyal customers.

“Our partners are taking care of us, because we have strong relationships,” Wiegers says. “We hear about suppliers saying they’re taking care of the customers they’ve had the longest and value the most.

“There are lots of OEMs out there who have scrambled to get things from all over, in order to save a penny here and a nickel there.  They’re less likely to have suppliers taking care of them in these tough times.”

Lean, the systematic approach of identifying and eliminating non value-added activities, focuses on continuous improvement. For the past four decades, Lean has proved to be one of the most effective strategies for improving productivity and profitability.

“One Lean strategy,” notes Wiegers, “is to manufacture in more frequent, smaller batches. We’ve become more of a high mix/low volume company. That’s helped us in this environment. We’re not waiting on very large batches of material to come in so we can make a small number of SKUs.  We can turn things and adjust.”

Moreover, it’s important to maintain a strategic focus in response to all supply chain issues, watching what is working and being ready to adjust as circumstances change. VMEC continues to work with manufacturers throughout the state, encouraging companies to create win-win partnerships with suppliers, examine strategies such as onshoring and Lean, and to take the necessary steps to achieve their goals and grow. We assist  manufacturers to find new suppliers for materials and components through the MEP National Network Supplier Scouting program as well as help companies with a risk-based analysis of their supply chain to develop a more resilient strategy.  Contact us today!