Randolph Center, VT – The Vermont Manufacturing Extension Center (VMEC) has announced the results of its December 9, 2021 annual election of VMEC Advisory Board members. 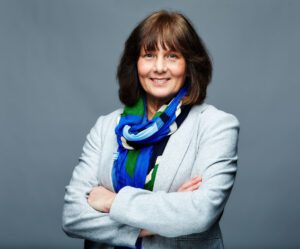 Janette Bombardier leads the engineering and technical functions of Chroma Technology/ 89 North which includes a diverse technical team developing and manufacturing optical filters and light sources. She is responsible for engineering, operations, manufacturing improvements, advancing technology and product development. She started with Chroma in 2018 and is integral to the executive team developing Chroma’s strategic direction, product development and future manufacturing growth.

She spent the majority of her career in advanced semiconductor manufacturing for IBM, and was the Vermont Senior Location Executive responsible for overall management of 4,500 site employees and tenants. Her extensive career in semiconductor technology included construction management, product development, manufacturing operations, semiconductor testing, quality, contract management and continuous improvement. She was a key leader in the transition of IBM Microelectronics to GLOBALFOUNDRIES in 2015 where she continued with her site leadership role. 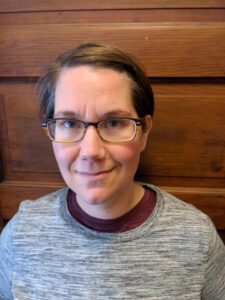 Gina Akley is President of Trow & Holden, a stoneworking and masonry tools manufacturer in Barre, VT. She has been with the company full time since 2016, when she returned to the area after spending several years working abroad. She immediately took a leadership role in personnel and operations management, and became President of the company in 2019 when ownership officially transitioned to the next generation.

Gina and her brother Benjamin are the sixth generation to lead this family business, which has been operating in the same location since 1890. Prior to her return to Trow & Holden, she spent four years in Scotland as the UK Customer Operations Manager for Northern Power Systems, managing all wind turbine installation and maintenance projects.  Gina also has many years of experience in human resources and personnel management.  She has an MBA from the Middlebury Institute of International Studies in Monterey, CA and serves on the boards of the Vermont Granite Museum and the Barre Unified Union School District.

About VMEC: Part of the nationwide MEP National Network™ and hosted by Vermont Technical College since 1995, VMEC operates as a not-for-profit with a primary mission: “To strengthen and empower Vermont manufacturers.” A local resource and trusted adviser to enterprises of all sizes, the VMEC team brings world-class expertise in consulting, coaching, hands-on implementation support, training and education for leaders and workers.  Through the VMEC PSG business unit, on a selected basis VMEC also brings its process, strategy and innovation expertise to non-manufacturing businesses, non-profits, healthcare, higher education, and government sectors in Vermont. VMEC provides proven systems and solutions focused on strategies, processes, products, technologies and people.