Randolph Center, VT – The Vermont Manufacturing Extension Center (VMEC) has announced the results of its December 6, 2022 annual election of VMEC Advisory Board members. 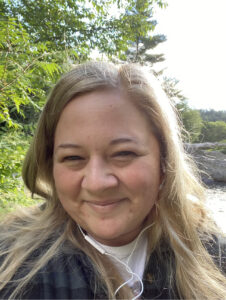 Melissa Bounty is the incoming Executive Director of Central Vermont Economic Development Corporation where she has been working with current Executive Director Jamie Stewart in a planned transition since the fall of 2021.  At CVEDC, Melissa was one of two state-wide navigators for a large technical assistance program through the Community Navigator Pilot Program which served 182 in state businesses in 2022.

Melissa is a graduate of the former Johnson State College and also attended Hampshire College, the Aegean Center of the Fine Arts, and was twice a Full Fellow of the Vermont Studio Center as a writer and painter.  She worked in publishing for almost two decades prior to her move in economic development.  As Associate Publisher of Waitsfield-based Chooseco, Melissa oversaw print production and managed vendor relationships with offset printers globally, spending significant time working in Malaysia as well as with printers in Singapore, mainland China, Hong Kong, and Korea. 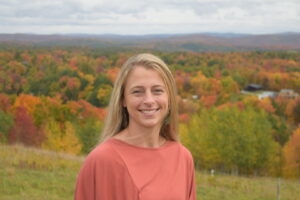 Cristin O’Donnell joined Cabot Creamery Cooperative/ Agri-Mark Inc. in 2005 and has served in a variety of leadership roles for the company in both Operations and Human Resources.  Her positions as Production Manager and Plant Manager for the Cut & Wrap Manufacturing Plant, and in her current position as Director of Training and Development, have provided opportunities for partnership with VMEC on Continuous Improvement projects and training, as well as Leadership and Workforce Development initiatives.

Prior to joining Cabot, Cristin worked at Nike for six years in the Advanced R&D lab in Portland, OR.  She also spent three years with VocRehab Vermont conducting planning and evaluation research.  A native Vermonter, Cristin received her Bachelor of Science from James Madison University and her Professional Certificate in Leadership and Management from the University of Vermont in 2012.  She currently serves on the Board of Directors for the Maple Corner Community Store. 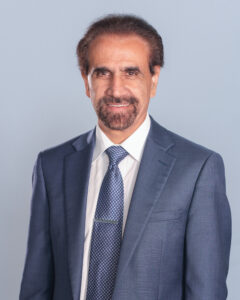 Dr. Grewal brings over 25 years of higher education experience and 10 years of biotechnology research and development experience in industry and government in six U.S. states and five countries. Most recently, he served at the University of Texas Rio Grande Valley, a new university created through the merger of three long-standing legacy institutions spanning multiple campuses and communities where he played key leadership roles including as the Founding Dean of the College of Sciences, Dean of the Graduate College, Executive Vice President for Research, Graduate Studies and New Program Development, and Special Assistant to the President. Prior to Texas, he served as the Department Head of Entomology and Plant Pathology at the University of Tennessee at Knoxville and as a Distinguished Professor of Entomology at The Ohio State University where he also served as the Founding Director of the Center for Urban Environment and Economic Development and of the Urban Landscape Ecology Program.

Dr. Grewal has a BS in Agriculture and a MS in Plant Pathology from Punjab Agricultural University, and a Ph.D. in Zoology from Imperial College London. In addition to his many entomology, nematology, and distinguished faculty awards, Dr. Grewal received a Fulbright Scholar Award from the U.S. Department of State and Stockholm University in Sweden in 2013.

Mike Rainville, President, Maple Landmark Woodcraft (Middlebury) was also re-elected as Chairperson of the VMEC Advisory Board for an additional 1-year term; 2022 marked Mike’s 25th anniversary on the VMEC board, either as a member or its president. We thank him for his invaluable service.

About VMEC: Part of the nationwide MEP National Network™ and hosted by Vermont Technical College since 1995, VMEC operates as a not-for-profit with a primary mission “To strengthen and empower Vermont manufacturers.” A local resource and trusted adviser to manufacturing enterprises of all sizes, the VMEC team brings world-class expertise in consulting, coaching, hands-on implementation support, training and education for leaders and workers.  VMEC provides proven systems and solutions focused on strategies, processes, products, technologies and people.